Banks is a surname you really should know if you want to understand pencil making history, with Jacob, Joseph and Ann all playing significant parts in the development of the pencil industry at Keswick.

This post focuses on Ann, who in my opinion, is one of the most important female figures in pencil making history (i’d also rank Countess Ottilie von Faber-Castell up there too).

The Banks name is famous for a number of things, but two of particular note are: (i) they operated out of the famous Greta Pencil Works; and (ii) they were the only manufacturers to hold shares in the famous mine at Keswick. 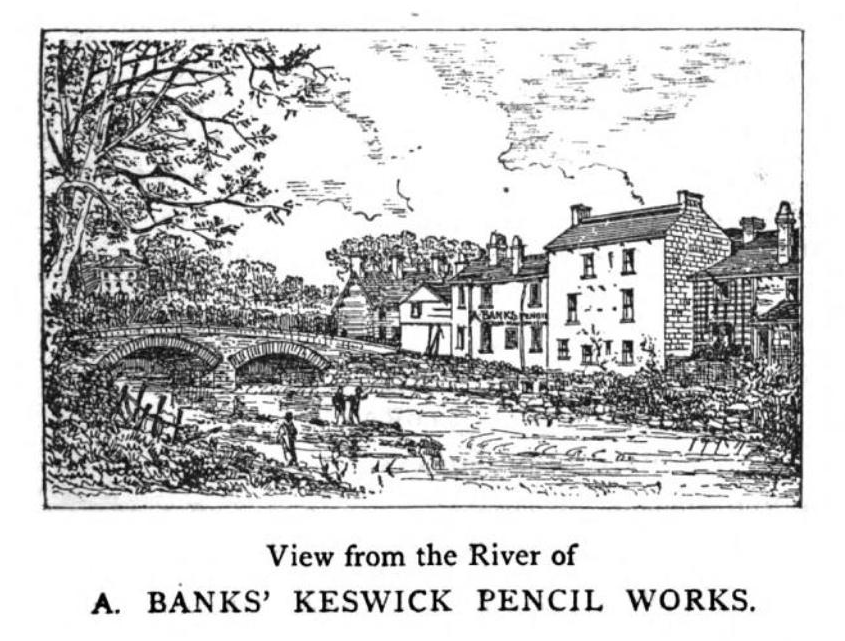 This mine provided the purest and finest quality graphite in the world and unsurprisingly it ran out quite quickly – my understanding is that the mine had been essentially emptied by the 1850s and closed by the early 1890s.

Ann Banks was the last maker to have a large stash of this graphite in a solid form; others had the graphite in powdered form which they could mix to produce lesser quality composite cores.

I might take a look at Joseph Banks on the blog at a later date, but let’s stick with Ann for now (and her pencils, obviously).

A quick point before we carry on; If you hadn’t already realised, these posts are not intended to be an encyclopaedic look at a particular pencil manufacturer.  We could go much deeper into these things, but really, the information I dig up is just a nice way (in my opinion) to present the pencils in my collection and to add a little bit of context.

I came across a stash of these pencils and they really are quite fine examples of old pencil making.  The pencils are natural finish with a simple clear lacquer.  Interestingly, as this extract from Uppingham School Magazine (March to December 1869) notes, Banks reserved their natural finish for their higher quality ‘artists’ pencils and used coloured polish for the slightly ‘lesser’ models.

These higher quality pencils featured pure Borrowdale graphite which would be cut from a large slab and hand glued into place.  No composites or compressed leads going on here – clearly the student who visited the factory was paying attention.

So if the cores are made of pure graphite, how on earth do they have a grade?  An interesting spot here is that these pencils have the ‘No 2.’ instead of ‘HB’.  There is every chance these were heading off to America, as I have other Keswick pencils of this era with the standard HB scale stamping.

Well, thanks once again to the astute student, we have an idea of how it worked, and really, its quite a simple process!  I really love the idea that these were hand finished with a razor as well.  There was some machinery in the factories, but really, a lot of the work was still being done by hand. 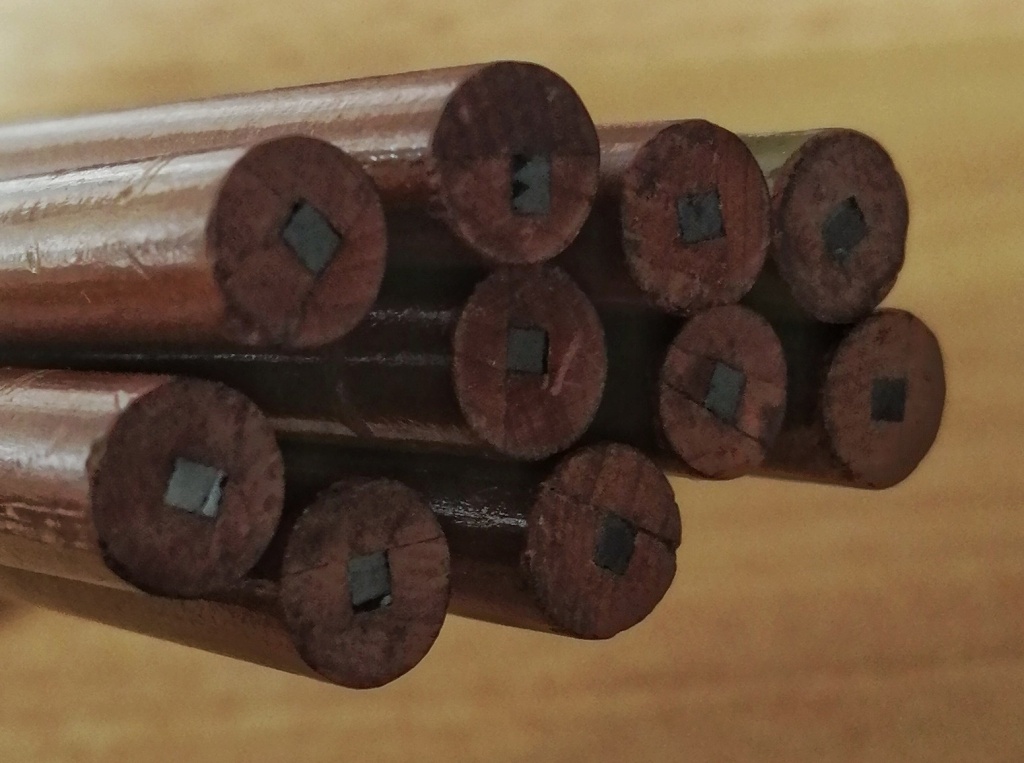 Therefore, even though there was a large pencil making industry in Keswick, the graphite had to be mined there, sent to London, bought by the pencil makers and sent right back again to Keswick to be used in the manufacture.

You’ll notice the phrase ‘only “Banks” in the trade’ within the advertisement below from Perry & Co’s July 1874 catalogue.  There is quite an interesting story to this and worth dipping into, so let’s do that.

Joseph Banks died in 1860.  Ann Banks (as Joseph’s widow) elected to continue to business in partnership with Gibson under the name “Banks & Co” until 15 July 1864 when the partnership was dissolved.  The notification featured in the Gazette on 28 June 1864:

In short, following this break-up of the partnership, both Gibson and Banks elected to run separate pencil making businesses and both of these were named “Banks & Co”.  Ann Banks took Gibson to court in 1865 (Banks v Gibson 34 Beav 566) to seek an injunction on him using the Banks name in his commercial dealings.

Unfortunately for Ann, the name ‘Banks & Co’ was an asset of the partnership.  Therefore, the ratio decidendi (based on fairly well established legal principles) was that upon dissolution of a partnership, each of the partners had a right, in the absence of a stipulation to the contrary (which there wasn’t by the way; the articles of partnership were quite clear on this point), to use the name and style of the partnership.

If Ann Banks had wanted Gibson not to use the name going forward, she should have offered a ‘fair proportion of the value of the trade-mark’.  The injunction failed and Ann Banks had to pay the costs of the case.

Despite this litigation blemish, Banks and Gibson had been relatively proactive as a partnership.  In their short time together, they attended the International Exhibition of 1862 and obtained the Exhibitors Medal: 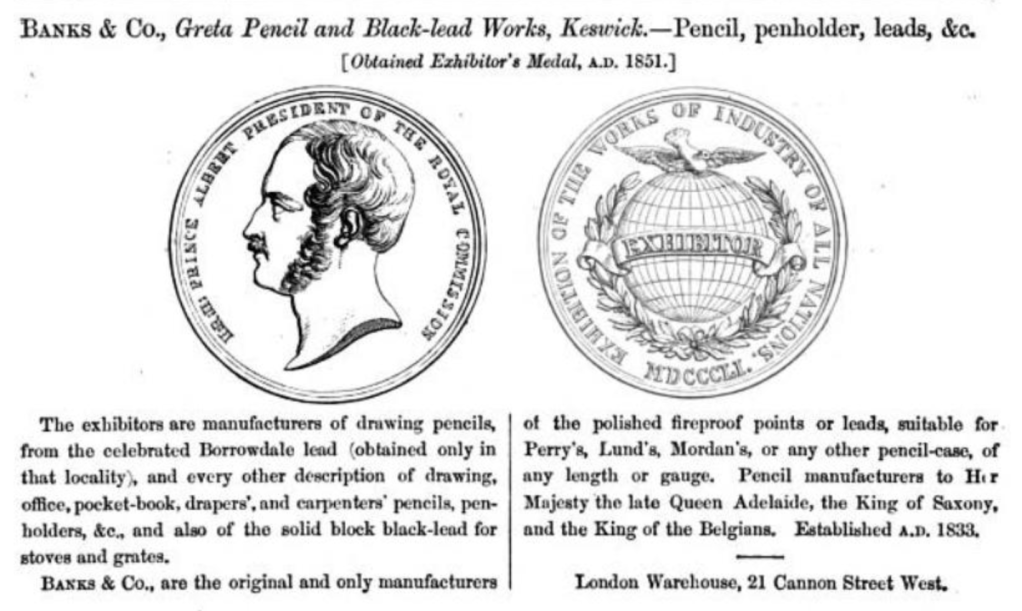 Read on in part two!