Let’s talk about the Cumberland Pencil Co; not the one that directly went on the become ‘Derwent’ and has a pencil museum, the other one.  Keswick pencil history can be a little confusing at times but I’ve tried to piece a few things around today’s example from the collection.

Originally run as ‘R. Wilson & Co’ by Robert Wilson, in 1898 the business was damaged by a fire and so in 1899 his son Thomas Wilson took over the book debts, salvage, stock and effects of the company.  Thomas then paid off the shareholders and started manufacturing pencils as a sole trader, trading as the ‘Cumberland Pencil Company’.

Thomas Wilson also happened to be the sole local agent of Cumberland Pencil Co pencils, so if you wanted them, you had to get them from him.

Amazingly, the set I have in the collection are completely intact and unused, and they literally look like they have just come out of the factory.  I thought about this and my guess would be that these were given to someone as a gift or picked up during a visit whilst on a holiday to the Lake District, therefore, they were saved as a nice memento rather than purchased to be used. 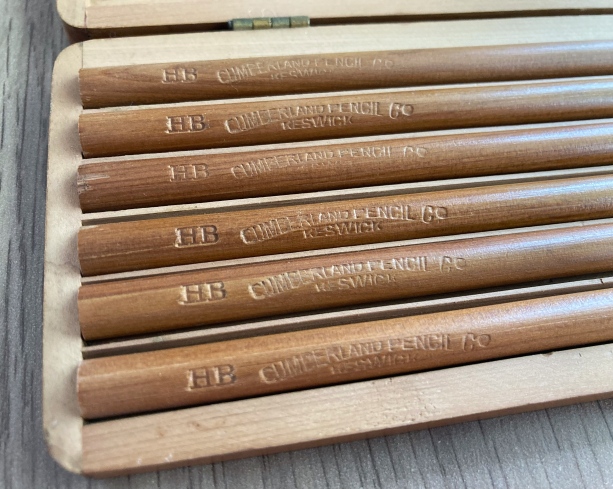 The article below from the 2 February 1904 edition of the Carlisle Journal helps confirm the story.  The Cumberland Pencil Co started 5 years ago, so we can take that as early 1899.

Turning to the pencils themselves, the box is not too dissimilar to the Hogarth & Hayes set featured in this post, however, the exterior does not have quite as thick a lacquer as that set.  The Hogarth & Hayes set has inlayed hinges, whereas they are surface mounted here with the Cumberlands.

Looks like I was not the only one to notice the similarities; on 19 July 1902, Thomas Wilson put the following notice into the English lakes Visitor:

To be fair, even if Hogarth & Hayes were not the makers in question, the sets do look pretty similar – (Top: H&H, Bottom: Cumberland).

As with most makers of the time operating out of Keswick, the Cumberland Pencil Co provided pencils with your name stamped on them. This isn’t too surprising as they were all offering open visits and tours to bolster business.  Further, the Lake District contains three formal Areas of Outstanding Natural Beauty and so a lot of people would have holidayed into the area.

The Cheshire Observer from 7 October 1899 noted that they were made to order ‘while you wait’:

The advert below from the English Lakes Visitors of 13 September 1902 also makes reference to having your name gilded upon purchases.  Also note the ‘(R. Wilson & Co)’ branding below the ‘Cumberland Pencil Co’ name.  This features on all advertisements for Thomas Wilson’s Cumberland Pencil Co that I have come across to date. 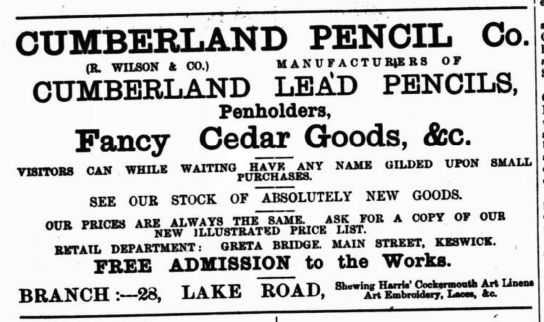 My pencils came stamped with ‘Dora’ on the rear.  This is why I think they remained unused.  As an aside, the stamping and gilding is really excellent quality, some of the makers today really could learn a few things here.  I see relatively expensive pencils today with stamping that lasts five minutes and here we have pencils around 120 years old and the stamping is still perfect (minor rant over).

Looks like Thomas Wilson wasn’t a bad guy and in fact was donating pencils to local school kids:

On 3 January 1903, the English Lakes Visitor noted that Thomas Wilson exhibited his products at the Paris in London exhibition in Earls Court:

As with most of the exhibitions that were taking place around the turn of the century, the catalogue can usually be found online somewhere.  I was able to track a copy of the “Paris in London: 1902” exhibition and with a quick search, there was Cumberland Pencil Co:

According to Thomas Fletcher Smith’s book, Thomas Wilson decided to embrace modern machinery once he took over operations, mainly due to the reduction in production costs.

The pencils are round core, not square; This indicates that some form of automated manufacturing was going on here, rather than the hand made pencils which tended to have square cores.  This all lines up with cheaper production methods. 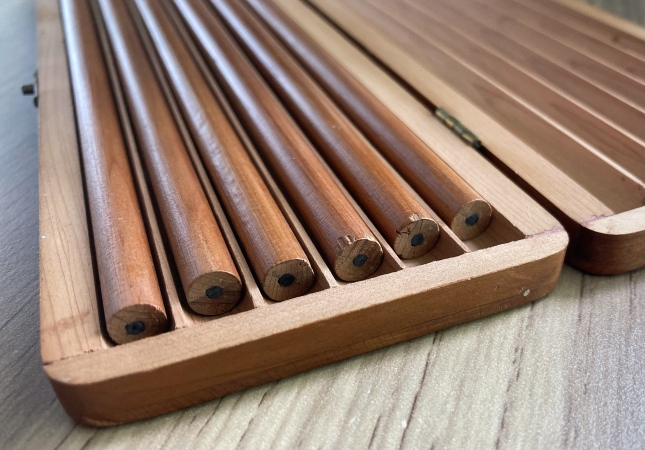 Curiously, the pencils are not all exactly the same length, in fact there is quite a bit of variance.  This suggests that either the machinery and quality control wasn’t exactly fantastic, or some of the manufacturing processes were still carried out by hand and they measured by sight! 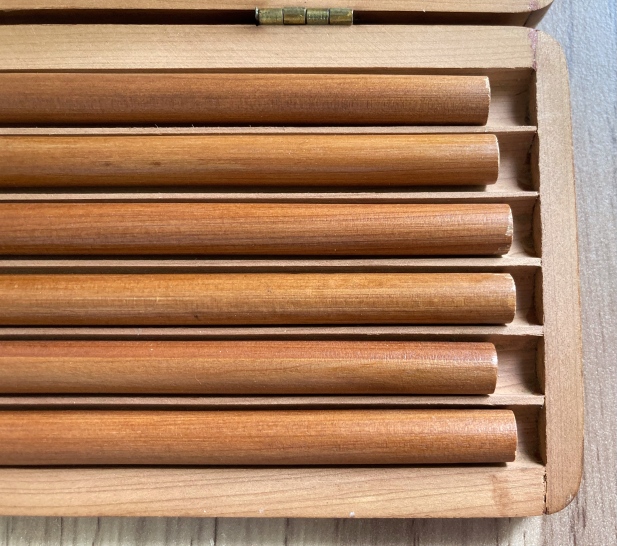 Unfortunately, reduction in production costs didn’t work out in the end for Thomas and on 2 August 1905, the Edinburgh Evening News noted that a bankruptcy petition had been initiated.  It was also formally announced within the Gazette on 4 August 1905.

A sad note at the end of this notice within the West Cumberland Times.  Thomas Wilson stated that he did not have the necessary capital to develop the business and his heath was breaking down.  My understanding is that Thomas was to pass away not too long after the bankruptcy.

This was not the end for the Cumberland Pencil Co however and in September 1905, the Yorkshire Post noted that the business was up for sale:

The article below from the Yorkshire Post and Leeds Intelligencer from April 1927 provides some very useful dating information.  Greenwood took over both Hogarth & Hayes and the original Cumberland Pencil Co ‘about 18 years ago‘, so that puts us at 1909, 4 years after the bankruptcy proceedings of Thomas Wilson in 1905.

A little tidbit of information; Greenwood acquired Hogarth & Hayes as part of an outstanding debt.

My understanding is that the Cumberland Pencil Co Ltd was formed around 1916.

This advert within the Leeds Mercury from 9 July 1910 no longer carries the (Wilson & Co) within brackets below the Cumberland Pencil Co. name.  This lines up with Greenwood running the company pre-ltd company for a few years.

Both operated for short periods of time (5 years ish) so in terms of rarity I’d say both would be equal.  I’ve reached out to the pencil museum for any further info and if they respond I’ll update the post with any new findings.